Login to post. Membership required.
Jump To
Newest Post
So, as many of you know we had to move off our old host due to lots of issues with the server. They moved us to a new data center on May 23rd and that resulted in some downtime. Then, after that, we kept having issues where the server would lose connectivity and we couldn't get into it. They tried to troubleshoot it but we were going nowhere fast and the downtime was infuriating.

Johnny and I decided it was time to move to new infrastructure and we started that process. We wanted to make the game and it's subsystems more fault tolerant and so we chose to move various services to their own individual cloud based environments.

This took a lot of work, and some refactoring of code and processes since a lot of the things we run were expecting the other services we run to be on the same server which is no longer the case.

- THE MOO (most important)

Thank you all so much for being as understanding as you were about the downtime. I'm proud to be part of such an excellent community.

Thanks for the transparency in this matter, it's always good to know how well you guys are doing to troubleshoot those issues.
By villa at Jun 3, 2018 7:22 PM

Be warned: Grid Usernames are now case sensitive -- Use the correct case when gridmailing someone.

Thank you so much for working so hard to get the game back up and running for us. It's really really appreciated, and so are all the updates - even if there wasn't anything that could be done and we know you're looking in to it, it just seems to help :) so thanks!
By DiamondNine at Jun 4, 2018 5:28 AM

The web client is now available via SSL: https://play.sindome.org

We have a redirect in place for those of you used to typing moo.sindome.org into your browser, it will automatically redirect you to play.sindome.org. This won't stay in place forever so update your bookmarks.
By Slither at Jun 4, 2018 7:04 PM

Now that we're spread out over a number of servers, keeping tabs on everything is more complicated, but we're using good stuff that helps. 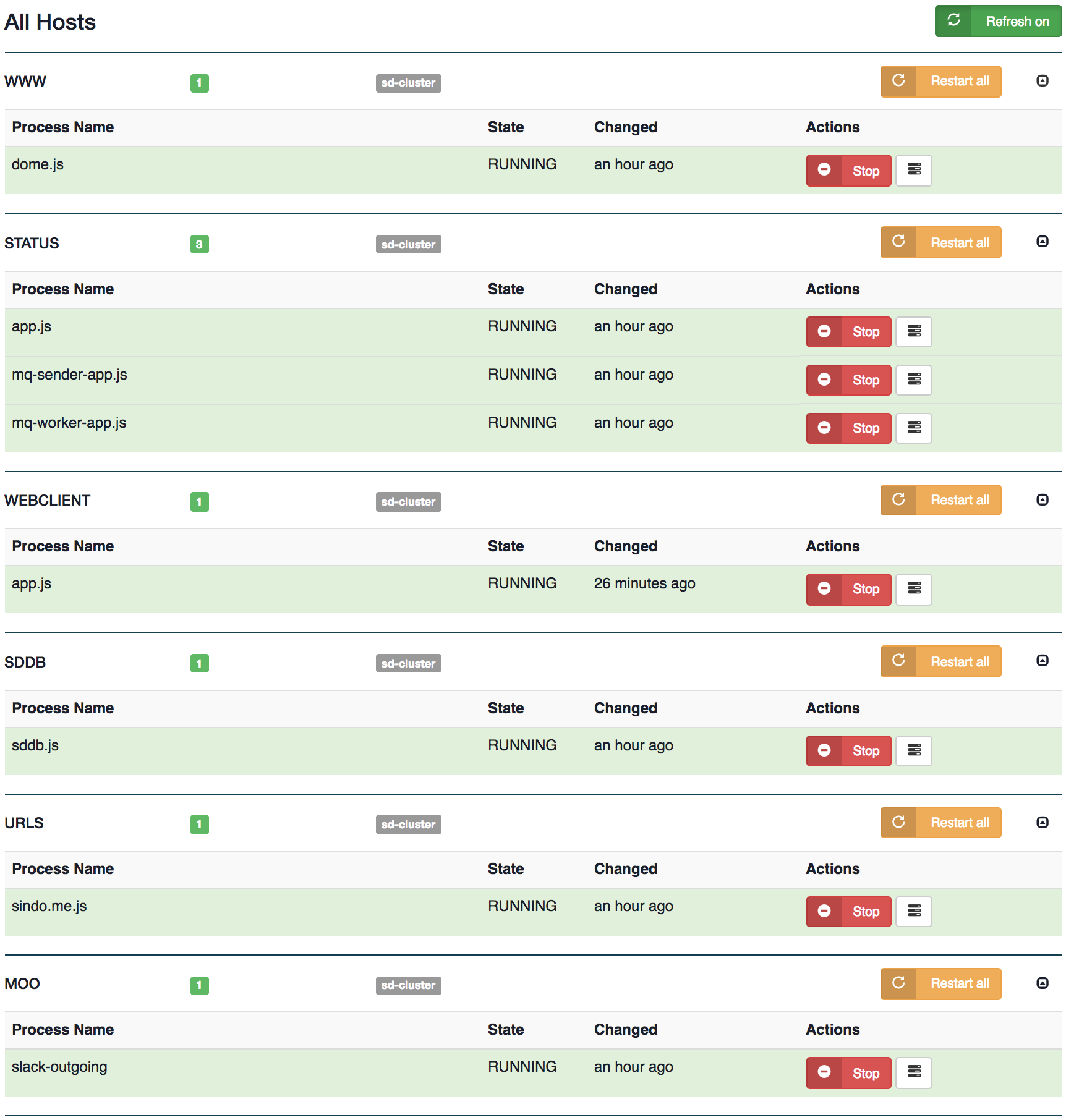 Billing costs for these services are tracking under our old server's monthly cost, so we're doing OK there too.

Side note. Sindo.me works great. However, any link shortening that happens through the web client right now causes the line to disappear into the internets. :(
By alkaline at Jun 5, 2018 1:46 AM

- We moved the MOO to a bigger server last night.

- We restarted the webclient with updated config, the URL shortener now works :)

All previously functioning Grid 2.0 systems should be online at this point.

We should be 'recovered' from your point of view, please let us know if there's something we've managed to overlook.

It was a mistake I was making when creating. I was trying to use an illegal character, a hyphen, that was giving me get the error. I ditched the hyphen, and was able to create.

I don't know if this is just me or other people, or if it's something that is on the to-do-list, but the activity page is showing old members editing nodes as ' amembernamecookie=whatevertheirnameis;path=/' and the grid forum itself is still stuck on a display from activity about two weeks ago.

Since some others on game help said everything was looking fine to them I thought maybe I should post this. Sorry if it's known!

Didn't. I've tried on three devices (pc, phone and laptop); two of them linked through Chrome, one of them not. I've tried three different browsers (Chrome, IE and Edge (no judgment, they were the only other ones on my PC!)). I've cleared cache and cookies on all of them. It still shows up like described.
By crashdown at Jun 12, 2018 5:37 PM

Just for some more information: I used another phone I've never even visited the site on, let alone used the grid on or played the game. Same exact issues.

The last activity features on the activity page already read as:

And when using the search function:

Be warned: Grid Usernames are now case sensitive -- Use the correct case when gridmailing someone.

I just want to point out that the Grid is now partially case sensitive. This means that if you register or registered a grid account called "UserName", you can still log into the grid as "username" or "Username" or "userName". But if you log in using different cases then you signed up with, you will not be able to access your gridmail.

So if this happens to you, try and remember what capitalization you registered with and use it. You can also try and search the grid to see what case you used. Just go to a node (welcome page, activity page, maps or whatever) and type in your username (this should not be case sensitive). If your node still exists, you will see it in the results with the proper capitalization.

The Grid forums don't seem to be updating with recent posts unless you actually go into the forum. I think the last posts are showing from last month, even though they are posting.
By Grizzly666 at Jun 18, 2018 10:19 AM

Also noticed on that the editor of a grid node is coming up in a funny format on the Activity note. Instead of Showing "UserName" like it used too you now see something like "amembernamecookie=UserName; path=/". Only seems to be on nodes edited since the infrastructure change. Nodes edited before seem fine.
By Grey0 at Jun 18, 2018 12:35 PM