"The New Prussian Empire is forced to give up land in Denmark, and agrees to cease hostilities in Europe for a termed contract of 35 years."

That means that the truce would last up until 2085.

2029.11 All across the European Union, member nations divide on the issue of trade with the New German Republic. Spain, Italy, Portugal and France begin trading with the new nation state. Great Britain remains undecided on the matter, and Germany, Denmark, Switzerland, and Greece refuse to recognize the New German Republic. Tensions within the EU are exacerbated by a growing pressure from multinational and mega-corporations who wish to have similar corporate protectorates set up, or who wish to extend economic contracts into the next decade.

2039.2 Germany defeats a joint French-Austrian military force and captures Vienna, the Austrian capital. Germany re-dubs itself the New Prussian Empire, and adopts a policy of racial and historical superiority.

The pre 2039 Germany and the New German Republic are two different bodies of territory. The NGR is the corporate owned one.

I generally assume that if changes weren't mentioned in the timeline or shown on the map, the borders remain where they are today. So with that in mind, I just tried to trace the NPE borders on a map and what is not NPE is likely NGR.

But keep in mind that nationalism isn't as bit of a thing in the Sindome future as it is today. Even with the EU having failed the people of Europe have intermixed a lot thus giving birth to Euro language. The NPE is kind of an oddball in that they are very nationalistic. NGR is very much corporate run and driven. As are most places in the world though maybe a little less obviously so.

Here is what I got by tracing the German border than subtracting an approximation of the border drawn on the map on the timeline. Not saying that this is canon but it should be close enough to be a safe bet. 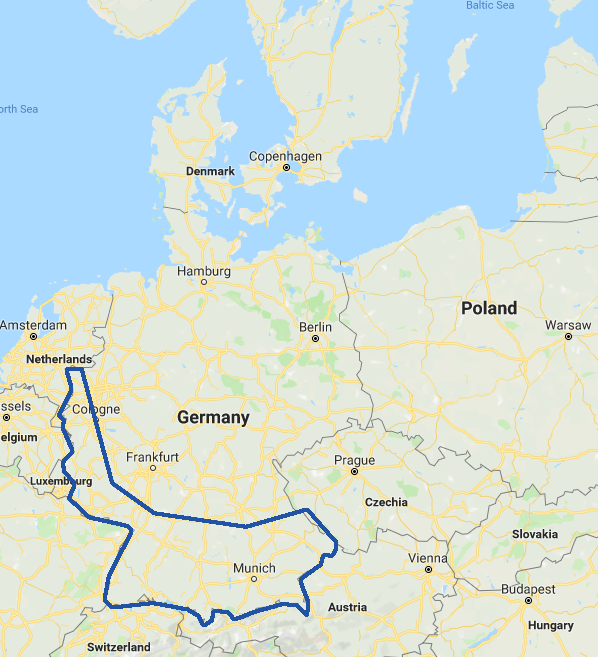 That is exactly what I was looking for, thank you very much, even if my reply comes in very late.